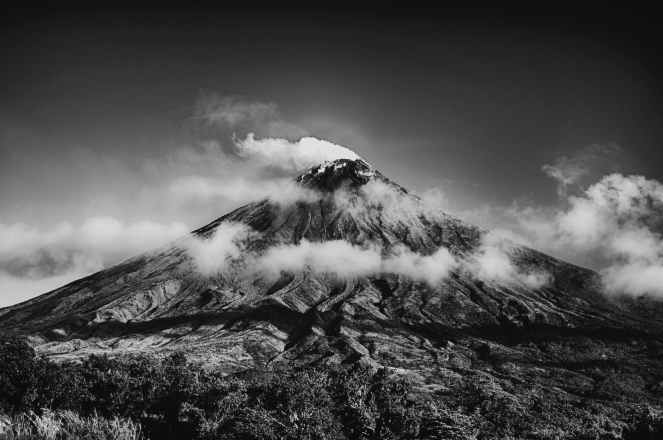 The mirror on the right lit up, it started playing where the one of the left had finished up- her overdose last night. Watching it she felt it all over again, the pain, the loneliness, she thought all hope was lost but the movie kept playing. In the mirror she woke up in the morning, sick as a dog but alive and hope once again surged through her. Her reflection threw away all the alcohol in her flat, threw away the last few tablets laying on the floor, she threw away the pictures of Mike and the little love notes that had driven her to such drastic measures the night before. Her life carried on, she quit her job, moved out of the city, she started writing a book like she had always planned, she saw herself meeting new people, finding new loves, she was published, accomplished, married, became a mother. Her life could mean so much more, she could be so much more, despite what had been done to her, what she had done, it was never too late to change. Or was it? “That didn’t happen though, won’t happen, it can’t” she whispered. And once again, the mirror went dark.

Kay wearily slid through the gap in the mirrors. After everything she had seen, it was a relief to be in the dark, unable to see any more horrors but no matter what, she couldn’t completely eradicate the images from her mind. To combat the darkness inside, she concentrated on what little happiness she had felt in life. Her few close friends, passing her drivers test on her very first try. That one birthday Kate had tried to bake her a cake and completely failed. Her first paycheck and buying her first piece of furniture with it, a bean bag which was her sofa, bed and dining table for months before she earned enough to start filling her bare flat with more stuff. She remembered the first christmas in her own place, how she couldn’t afford a tree, so Jade helped her make one, using dead branches from trees in the park. Kay laughed and wiped a tear from her eye, she wasn’t perfect but she did have people that would miss her, she had worked hard, despite the job she hated, she had managed to move out on her own, find a place to live away from her destructive parents and with determination and hard work she had made her own life for better or worse.

Determination, Kay realised was her saving grace, her best feature, the one thing that had got her to where she was now, well before she went and blew it all. Determination she thought, could be the one thing able to save her now. Determination would get her home, she thought resolutely. She realised, the more positive thoughts she had, the warmer it got, the lighter it got, opening her eyes she saw she was no longer sitting in the pitch black. She was at the bottom of a mountain. It was still gloomy, but the fog was gone, there wasn’t even mist anymore, she could see all the way to the very top, hundreds of feet up in the air, where the tip of the mountain seemed to kiss a sapphire sky. Looking behind her she noticed The Forest of Broken dreams had gone, in its place was a void. Darkness stretched as far as she could see. “The only way is up” Kay said, turning back towards the mountain and picking out a slim, dirt path that winded up the steep side.

The path was treacherous, her naked, numb feet, slipped on the bare rock with every other step she took, small sharp pebbles cut deeply into the soles. The path winded it’s way through steep inclines and back down into deep ravines. She fell often, scraping her legs, the palms of her hands. Her feet were bleeding, swollen and pained her with every inch she managed to drag herself up. Her fingernails had snapped, some almost ripped from their beds because of the effort of gripping the rocky outcrops.

To Kay, it felt like the more she climbed, the harder it got. The rises got steeper, the dips sharper, the rocks were harder, pebbles sharper. It got hotter, brighter, the sun had been slowly rising, coming into view the further she went until it had reached is apex in the middle of a bright, pale blue sky, bleached by the heat, sweat broke out all over her skin. It seemed as if the mountain itself was conspiring against her, like it didn’t want her to succeed, to achieve her goals. She felt it in her bones, like a pressure in the air, pushing her down, working against her like gravity had been turned up. It was hard work, her muscles were aching, screaming out at her to stop, let them rest. Her hands shaking, cramping, bleeding feely, leaving string of bloody handprints behind her. But determined she struggled on.

Blood mixed with sweat and grime covered her from head to toe, making her grip slippery, several times she fell, lost hard won ground and had to force herself up again. She fell into deep ravines, punctured her body in several places on razor sharp protuberances. She banged her head more times than she could count, despite her injuries and despite her exhaustion, she climbed higher and higher, into the heat, into the sun, back towards life.

It felt like she had been climbing for years, the sun was now so bright she could barely afford to open her eyes, the glare cut right through her, boiling her blood, frying her brain, all she could do was put one hand above the other, one foot in front of the other until eventually she was crawling, broken, bleeding and beaten. But on she crawled, sheer willpower alone dragging her body up, just a little further, just a little while longer.

In the back of her mind, a voice taunted her, telling her she’d never be able to make it up, she never was able to stick to anything, she was a failure, a no good druggy, she should just give up and lay down, she was already dead, what was the point? On and on it picked at her confidence, her willpower, it sucked at whatever spare energy she had. Her mental tortures only added to her determination, she needed to prove that voice wrong, prove herself wrong. I can do it, I will do it, she repeated to herself over and over again, louder and louder until it drained out the negative voice.

Lost in her internal world, lost in her struggle for life, eyes closed, forcing herself up the mountain, she hadn’t even realised she had reached the top, until she groped for her next handhold and found only the air. Wiping blood and sweat from her brow, she opened her eyes a little, squinting ferociously into a dazzling light. A white light, so pure, it was ethereal and enthralling. Beautifully breathtaking but painful, it stabbed into her pupils and seemed to fill her, burning her insides. It was the worst pain she could ever even imagine feeling but at the same time, it didn’t hurt at all. For the first time in her life, she felt whole, fixed, cured. She felt amazing, she basked in the glow, the pain, the love, she embraced life the ying-yang of the earth itself and all the beauty and horrors it could bring.

The ground beneath her shook, shifted and crumbled, she was free falling then she was floating, flying. She was going home.

Kay woke up. She was laying on her bathroom floor, covered in vomit and various other bodily fluids. Sweat, tears and maybe a little urine she thought disgustedly but no blood. She immediately stripped off, turned her shower to its hottest setting and got in, scrubbing her self clean, she thought back to her experience. Was it a dream? Did it really happen? Was I actually in purgatory? Was it a test to show me what life could be? Or a warning of what would happen if I ever did something like this again?

Kay decided, it didn’t matter either way, she was here, alive and this time, she wasn’t going to waste a second.

Some of my posts feature self harm and suicidal behaviour which may trigger some readers.

If you are struggling or know someone that is, please seek help.

Click here to find a helpline in your area.